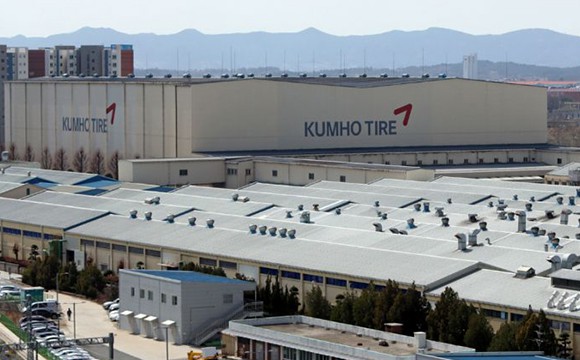 이미지 확대
South Korea’s tire maker Kumho Tire Co., struggling under poor business from virus pandemic, has run into management crisis after a court ordered a freeze in its working funds amid dispute over overdue wages.

The Gwangju District Court ruled in favor of the 414 unionized workers who demanded freezing of the company’s bank account for operating funds over delays in wage payments. The rule came after the first trial in January ordering the firm to pay around 25 billion won ($21 million) for overdue wage.

The company tried to reach an agreement with the labor after the loss of the first trial, which ended up in failure. It is already suffering from a huge loss of 18.4 billion won in the first quarter amid weakening order volume due to coronavirus. It has sent office workers on a rotational leave while all executives returned their salaries.

The company said it hoped to settle the dispute with the workers and improve their relationship for the survival of the firm.