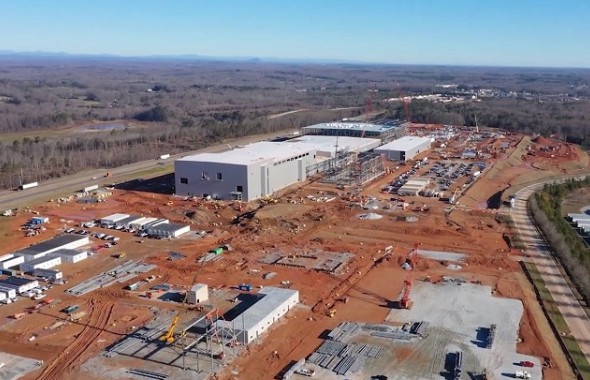 “Georgia is cementing its place as the Southeastern U.S. hub for the electric vehicle battery and vehicle market in large part thanks to SK Innovation, and it is exciting to see the growth in demand for these quality products,” Kemp said at the signing ceremony on June 25 (local time).

“I appreciate SK Innovation‘s tremendous partnership to our state as we further expand Georgia’s economic growth and innovation together and look forward to building even stronger relationships with the people and businesses of South Korea,” he added.

SK Innovation CEO Kim Jun vowed stronger ties and continuous investment, saying “SK Innovation looks forward to working with our partners on an expanded project that creates even more jobs for the local community and supports advancements that help keep America on the leading edge of a fast growing industry.”

SK Innovation broke ground for its first Georgia manufacturing plant with an annual capacity of 9.8 GWh in Jackson Country in March last year. By 2023 when the company aims to complete the construction of its second factory, the company’s annual battery production capacity is estimated to reach 21.5 GWh in the U.S. and raise total global output to 71 GWh.

The two plants will cost SK Innovation a total $3.2 billion, and the company plans to invest total $5 billion in its U.S. operation. SK Group Chairman Chey Tae-won pledged its U.S. battery plant project worth up to $5 billion in November 2018 in hopes to create 6,000 new jobs and further accelerate growth with the local society.