Posco bulks up by upscaling furnaces at Gwangyang steel mill 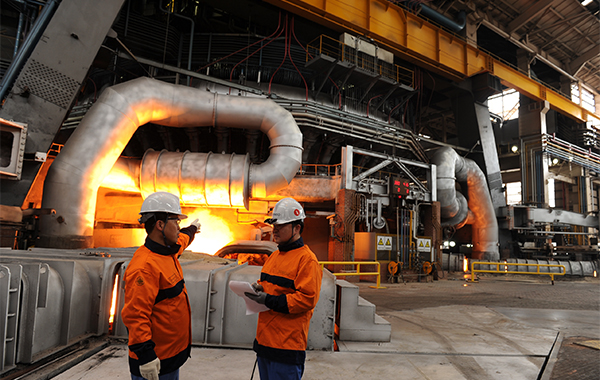 이미지 확대
South Korean steel giant Posco is pushing its economies of scale by upscaling furnaces at its Gwangyang mill base.

Posco E&C, Posco’s construction unit, revealed in its first-quarter regulatory filing that it would be upgrading the No. 2 furnace at a cost of 220 billion won ($178.2 million) by July 2022.

The No. 2 blast furnace in Gwangyang started operation in 1988 and was updated in 2005. Its internal capacity is 4,350 cubic meters, smaller than that of its four peers at the same steelworks. Three of the five furnaces in Gwangyang are super-large facilities with a capacity of 5,500 cubic meters.

The No. 3 furnace under expansion will resume operations later this month. Built in 1990, it was revamped in 2007 and has since operated at a capacity of 4,600 cubic meters. When reopened, its capacity would be 5,500 cubic meters, bumping up the annual molten iron output by more than 800,000 tons from the previous 3.7 million tons. A bigger furnace translates into increased productivity, less heat loss and reduced gas emissions.

A blast furnace is an indispensable part of the steelworks operation. It is a very large metal structure, up to 110 meters high, where raw materials such as iron ore, coke and limestone enter from the top and heated air of about 1,200°C is blasted from the bottom to produce hot metal, or molten iron.

Blast furnaces are generally refurbished every 16 to 17 years, with their facilities repaired or modernized to increase capacity.

Posco refrained from going into details about the No. 2 furnace project, saying the size and schedule of the revamp are still undecided.

But industry observers expect the latest renovation to also involve a major ramp-up. They point to the contract amount of 220 billion won, which is similar to the No. 3 revamp of 212 billion won. The deadline is also set at July 2022, prompting some to suggest that the work would start in 2022 and not before.

Posco has often credited its high operating margin to its unrivaled output helped by large-scale furnaces. In October, it hit 500 million tons in cumulative crude steel production after 32 years of operation.

By Seo Dong-cheol and Kim Hyo-jin