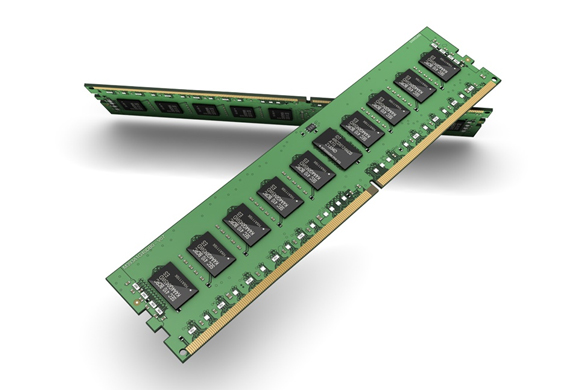 Samsung Electronics Co. has successfully applied extreme ultra-violet (EUV) processing technology to production of dynamic random access memory (DRAM) chips for the first time in the industry, further widening the technology gap with its rivals at a time of COVID-19 uncertainty.

Samsung Electronics, which is also the world’s largest DRAM producer, is the first in the industry to adopt EUV in DRAM production. EUV technology reduces repetitive steps in multi-patterning and improves patterning accuracy, resulting in increased performance and yields as well as shortened development time, the company said in a statement.

"This major advancement underscores how we will continue contributing to global IT innovation through timely development of leading-edge process technologies and next-generation memory products for the premium memory market," said Lee Jung-bae, executive vice president of DRAM Product & Technology at Samsung Electronics.

Following the successful production of the EUV-based 10nm-class (D1x) DDR4, the company is readying for volume production of premium next-generation DRAM chips using EUV, including its 4th-gen 10nm-class (D1a) or the highly advanced 14nm-class DRAM with improved quality and yields compared to those produced under existing patterning technology.

Samsung Electronics plans to begin commercial production of D1a-based DDR5 and LPDDR5 next year, which would double manufacturing productivity of the 12-inch D1x wafers.

In line with the expansion of the DDR5/LPDDR5 market next year, Samsung will further strengthen its collaboration with leading IT customers and semiconductor vendors on optimizing standard specifications, as it accelerates the transition to DDR5/LPDDR5 throughout the memory market.

To better address the growing demand for next-gen premium DRAM chips, Samsung will start the operation of its new semiconductor fabrication line in Pyeongtaek, Korea during the second half of this year, the company announced.