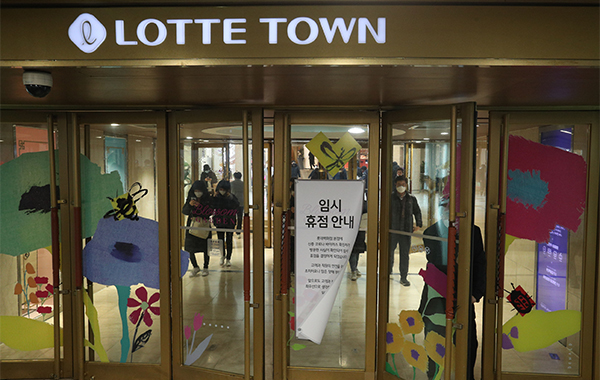 Lotte Shopping announced Thursday it will close money-losing 200 shops over the next three years in the first-ever sweeping streamlining in its corporate history of 41 years, underscoring the urgency in management amid intensifying competition from e-commerce rivals and subdued consumption worsened by the spread of new infectious disease coronavirus (COVID-19).

The move by the country’s fifth largest conglomerate’s retail unit could trigger a domino effect in the retail industry as its grocery rival E-mart also reported near 40-percent plunge in its bottom line for the fourth quarter.

Lotte Shopping at the same time will revamp its store site of 3.3 million square meters, bringing fresh energy to draw more visitors amid the ascending of e-commerce players.

The restructuring plan did not include layoffs. Earlier, it announced to change the job of up to 20 percent of its 2,000 headquarters staff to sales and marketing workforce.

“The restructuring plan is to reduce the operating loss and improve the financial status and corporate value, as well as to create synergy with business units,” said Kang Hee-tae, chief executive of Lotte Shopping. “The company aims to become a lifestyle service company, transforming from a typical retailer.” 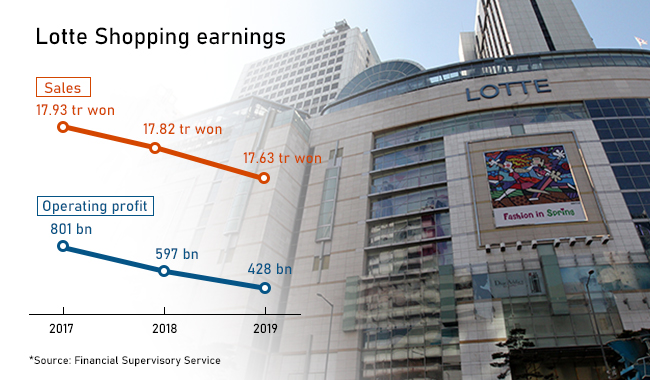 Lotte Shopping shares on Friday were trading 2.88 percent lower at 118,000 won in Seoul.

By Kim Gi-jung and Lee Ha-yeon