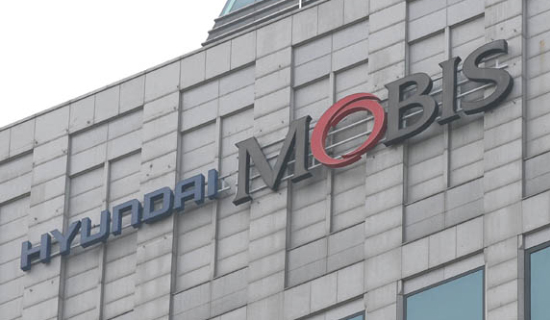 Hyundai Mobis said in a regulatory filing on Thursday that it raised 598.3 billion won ($528.4 million) in operating profit on a consolidated basis in the third quarter ended September, up 254.6 percent on quarter but down 0.9 percent on year.

Hyundai Mobis attributed solid earnings to its efforts to improve profitability despite difficult business environment such as due to Covid-19 impact, sluggish global demand for automobiles, and weak output.

Its module and core parts manufacturing business saw sales increase by 8.6 percent in the third quarter from the same period a year ago on the back of growing demand for high-end electronic parts amid increase in the sales of electric vehicles. The business was also backed by a surge in demand for auto components for mid- to large-size vehicles and sport utility vehicles.

Most strikingly, sales from electronic component parts jumped 77 percent on year to 1.2 trillion won in the third quarter, topping 1 trillion won for the first time on a quarterly basis.

Hyundai Mobis has raised 2.9 trillion won in sales from its electronic component parts business in the first nine months of the year. In the third quarter, Hyundai Mobis clinched orders for core parts from finished automakers in China, Europe, and North America.

In the July-September period, Hyundai Mobis won $1.28 billion worth of cumulative global orders. The company has set annual order target at $1.7 billion for this year.

Hyundai Mobis is upbeat on outlook for electronic components amid fast shift to automated and high-performance vehicles despite lingering uncertainties in the global market.