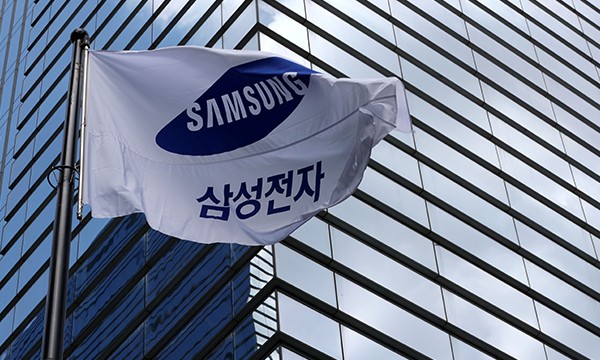 Samsung Electronics Co. bumped up facility spending by 31 percent this year from last year despite pandemic-related uncertainties after returning profit to pre-chip-bust levels as IT device demand surged from social restrictions worldwide.

“Detailed capex plan for next year has not been finalized yet. Spending on chips will be larger with focus on infrastructure, but facility investment will be adjusted on product demand to avoid supply glut,” said Han Jin-man, senior vice president of semiconductor business in a conference call.

Samsung Electronics will continue to share its profits with shareholders as promised by paying out quarterly cash dividends of 354 won for each issue, or 2.4 trillion won in total.

“New reward program for next year will be announced with the 2020 full-year income statements in January next year,” said Ben Suh, executive vice president of the investor relations division. 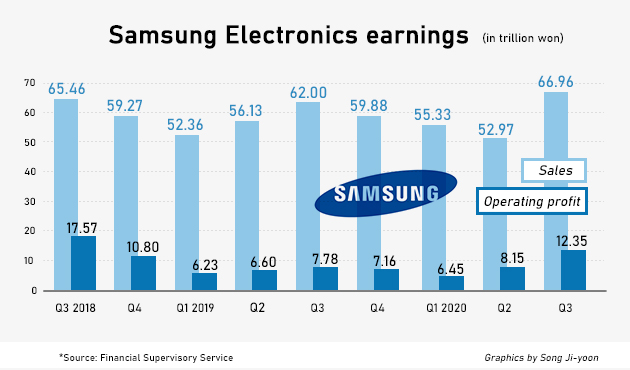 이미지 확대
The electronics behemoth confirmed its operating profit reached a two-year high of 12.35 trillion won in the quarter ended September, gaining 51.64 percent from a quarter ago and 58.83 percent from a year earlier, as premium smartphones and TV and other consumer devices made up for softening in chip demand and profit.

Net profit soared 68.51 percent on quarter and 48.88 percent on year to 9.36 trillion won, while sales added 26.43 percent from three months ago and 8 percent against a year earlier to quarterly best of 66.96 trillion won.

The chip sector delivered 5.54 trillion won in operating profit on sales of 18.8 trillion won. Softening in DRAM chips for servers is expected to continue in the fourth quarter but can be offset by ever-growing mobile chip and increased foundry orders, the company said in a press release.

이미지 확대
“Demand for server DRAM chips will likely increase in the first half of next year with new releases of CPU,” said Han.

Mobile, or smartphone division, reported a three-year best operating profit of 4.45 trillion won on sales of 30.49 trillion won due to warm response to its new foldables.

It sold about 50 percent larger smartphones, compared to the second quarter, after the release of flagship models like Galaxy Note 20 and Z Fold 2.