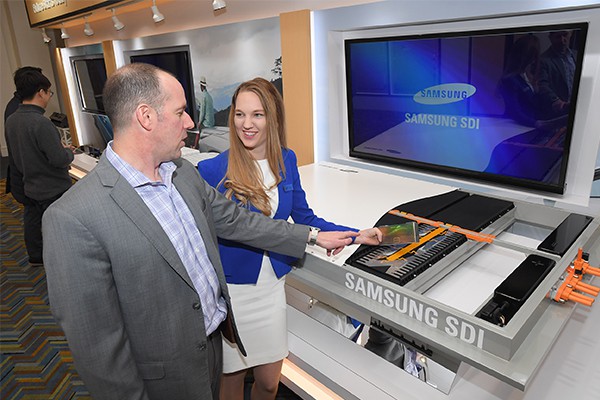 Samsung SDI Co., South Korea’s second largest battery maker, is doubling down its R&D and capacity expansion to chase LG Chem Ltd. that has ascended to the top of the global battery market.

The battery making unit of Samsung Group has already spent a record 409.2 billion won ($357.4 million) in R&D in the first half of this year and likely to spend that much more in the second half.

Its R&D expenditure has been steadily climbing over the years, from 604 billion won in 2018 to 712.6 billion won last year.

Samsung SDI’s spending in battery R&D is likely to have already eclipsed that of its bigger domestic rival LG Chem. While the battery sector makes up 35 to 40 percent of LG Chem’s total R&D spending, it accounts for nearly 80 percent for Samsung SDI, according to insiders.

An industry source said Samsung SDI’s business structure is more heavily reliant on batteries as they make up 75 percent of the company’s total revenue.

Increasing nickel content in cathodes bumps up the battery capacity and extends the driving range. But this creates a tradeoff as lowering the content of other raw materials such as cobalt could reduce stability and output. Overcoming these limitations is a primary concern of most battery makers.

Samsung SDI’s new Gen 5 electric vehicle batteries due out next year would be made with nickel-cobalt-aluminum cathodes boasting 88 percent nickel content, which is higher than the 80 to 85 percent content of most rivals. The Gen 5-mounted electric vehicles would be able to run 600 kilometers on a single charge, according to the company. It is planning to up the nickel content to the mid-90 percent range in future offerings.

Samsung SDI has also set out to double the production capacity of its battery plant in Göd, Hungary by adding four more assembly lines to its existing four. It has started construction for the two lines, which would boost its battery capacity to 10 gigawatt hours, half of last year’s total output.