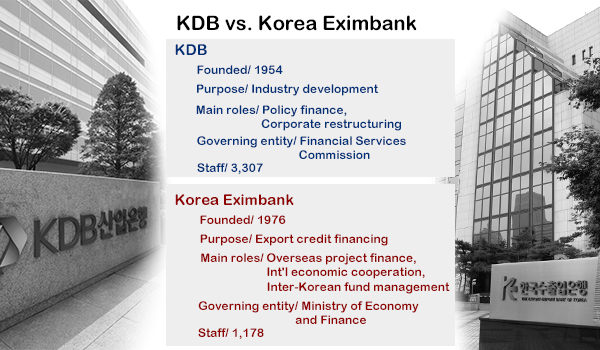 “The merger of KDB and Korea Eximbank can create a more powerful state finance organization and concentrate more on backing innovative ventures,” Lee told reporters at a ceremony marking his second year in office held at KDB headquarters in Yeouido, Seoul on Tuesday.

KDB and Korea Eximbank have been pivotal in the state-led industrialization of the country’s rags-to-riches transition and massive bailouts during financial crisis periods.

Since its founding in 1954, KDB has led public finances to back corporate restructuring. Korea Eximbank, established in 1976, supports exporters, providing loans and financing projects to foster economic cooperation with other countries. KDB falls under the Financial Services Commission and Korea Eximbank under the Ministry of Economy and Finance. 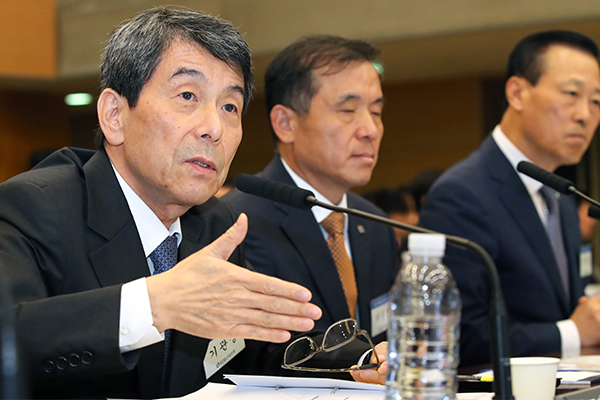 “The roles of the two often overlap. A merger would streamline support operations while increasing the available budget so that the remaining workforce could be better applied to reinforcing tech facilities to achieve economies of scale,” Lee said.

The headquarters of the two banks are located next to each other near Yeouido Park.

Lee stressed that the idea is purely personal and has not been raised with the government or even within the KDB.

He was adamantly opposed to the idea of relocating KDB out of the capital like many other government organizations under the government’s decentralization initiative to ease overpopulation in Seoul.

“Discussing relocation at a time when the bank should be focusing on global expansion and attaining global competitiveness is wasteful,” he said.