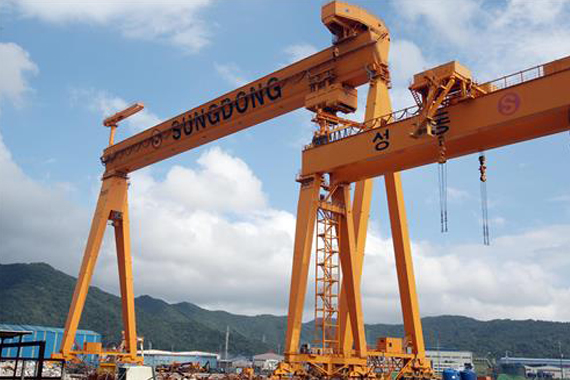 According to finance industry sources, Sungdong on Monday submitted a self-rescue plan, based on which the bankruptcy court of the Changwon District Court will put the company up for sale if it approves.

To persuade the court and creditors, it vowed to repay creditors first with the proceeds of selling a shipyard to Hyundai Development for 110.7 billion won ($90.9 million), a pitiful amount compared to 2 trillion won it owes to lenders, but nevertheless meaningful to demonstrate its will for survival, the shipbuilder said.

The court will decide by Oct. 18 whether to liquidate the company or reattempt sale.

Since the company was placed under court management in 2018, the bankruptcy court had attempted to sell it three times, with the latest flop in June this year. 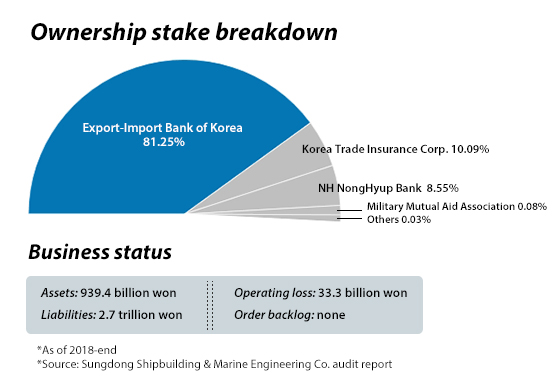 이미지 확대
Sungdong, which ranked No. 8 shipyard in the world in 2007, began sinking since 2008 global financial crisis. It entered court receivership in March last year but its business grew worse amid the industry slump. Most of its shipyards currently sit idle with no order backlog, and 600 out of its 750 workers have been on unpaid leave program in rotation.

It is reported that a new buyer would need 310 billion won to take over Sungdong and an additional 150 billion won to run the business in the first year. The shipbuilder’s yearly operating loss amounts to 33.3 billion won. As of the end of last year, it had 939.4 billion won in assets but overwhelmed by liabilities of 2.7 trillion won.