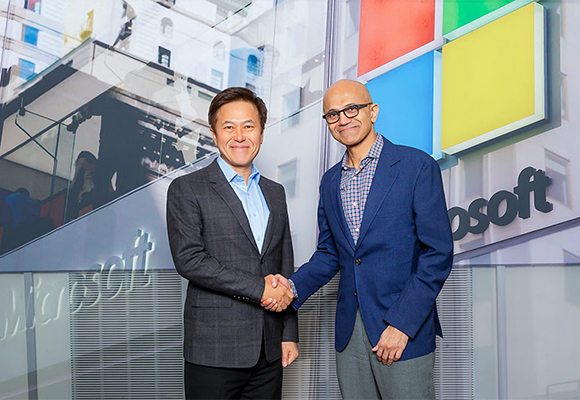 SK Telecom and Microsoft signed a memorandum of understanding on Joint Innovation Program in May. [Photo provided by SK Telecom]

South Korea’s top mobile carrier SK Telecom will launch a game streaming service with the help of Microsoft as the competition among wireless operators heats up to upgrade their contents in the age of 5G.

An unnamed industry official said on Tuesday SK Telecom’s game streaming based on MS game platform Xbox will be announced during the Electronic Entertainment Expo (E3) being held in Los Angeles Tuesday through Thursday.

Earlier, LG Uplus, the No. 3 telco, announced its exclusive contract for Nvidia`s GeForce Now cloud gaming service to be launched within this year.

MS, which has been teasing its project xCloud game streaming service since last year, told reporters on Sunday it will allow E3 attendees to get a first look at the service. 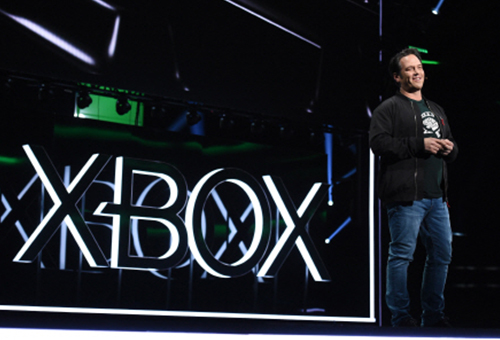 The official said the alliance seems to aim to create synergy by combining MS game with SK Telecom’s 5G network and whether the two will limit their service to 5G mobile or add consoles as a package will be unveiled during the video game conference.

In May, SK Telecom signed a memorandum of understanding with Microsoft to combine 5G networks with cloud computing, artificial intelligence technologies and internet of things to explore new business opportunities such as smart factories, and new media and entertainment services.

The streaming game service allows subscribers to stream and play video games on their PC, TV or smartphone with no download required.