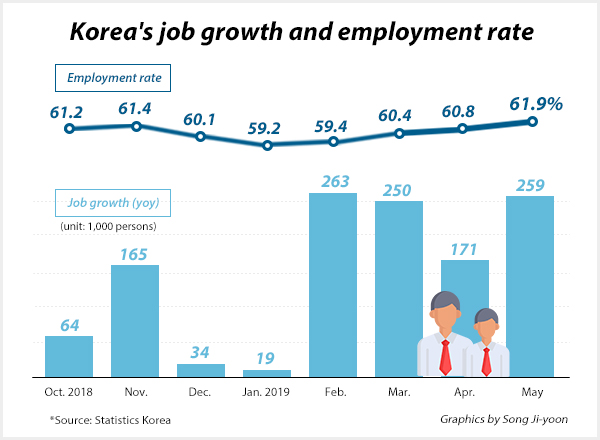 이미지 확대
The number of unemployed reached a new record high in May in Korea amid sluggish industrial activity, although job additions improved on government-sponsored recruitment that mostly helped retirees aged over 60.

According to data released by Statistic Korea on Wednesday, the number of employed in May stood at 27,322,000, up 259,000 from the same month a year earlier. The number of new hires bounced back above 200,000 after it dipped below the mark in April, snapping two straight months of gains above 200,000 in February and March.

The number of unemployed rose 2.2 percent on year to 1,114,500, the highest since the agency began compiling related data in 2000.

The health and social welfare service sector added 124,000 jobs, driven by the state-sponsored program to create new jobs. The number of jobs in the lodging/restaurant service sector was up by 60,000 and in the arts, sports and leisure related sector 47,000. The wholesale/retail sector added 1,000 jobs, ending 17 straight months of downward spiral. 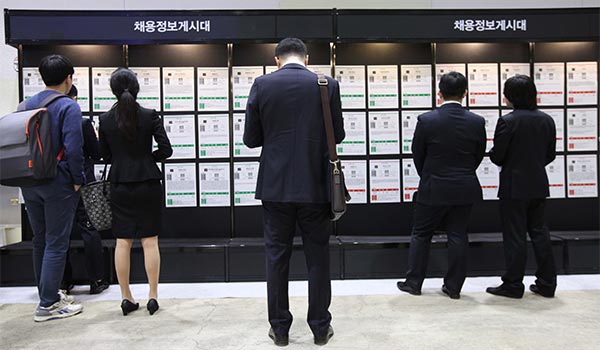 이미지 확대
The manufacturing sector, however, shed 73,000 jobs, extending its losing streak that began in May last year. The finance/insurance and public administration, defense and social security sectors lost 46,000 jobs and 40,000 jobs, respectively.

The statics bureau pointed to the demographic changes for the fall in the number of employed 40s.

The employment rate for people aged 15 or older inched up 0.1 percentage point from a year ago to 67.1 percent, the highest since the statistics began compiling such data in May 1989. The employment rate rose in every group except for those in their 40s that retreated for 16 months in a row. 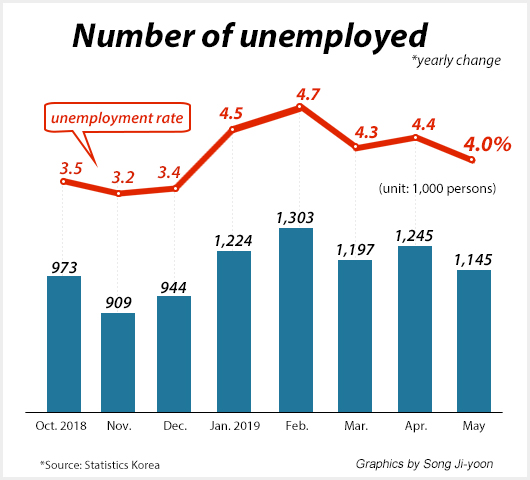 이미지 확대
The jobless rate in May stood at 4.0 percent, unchanged from a year earlier. It is the fifth straight month for the figure to stay on or above 4 percent. The last time the jobless rate hovered around that level for so long was in June 1999-May 2000 in the aftermath of Asian financial crisis.

By Chung Seok-woo and Cho Jeehyun