이미지 확대
A newly launched data science graduate program at Seoul National University has attracted talents from hundreds of undergraduate or advanced degree institutions and businesses with various backgrounds at home and abroad, proving the explosive interest in the core technology of the Fourth Industrial Revolution.

South Korea’s most prestigious university did not disclose how many students applied for the Graduate School of Data Science, which will be open in March 2020, but Maeil Business Newspaper confirmed on Sunday that 40 students were accepted out of some 250 applicants.

Among matriculating master`s students, five, or 12.5 percent, already hold a master’s degree in other fields than data science, with the remaining university graduates or set to graduate in February. Half of the new admissions majored in two or more disciplines. Eight are female and 32 male.

The overall age distribution is wide, from 22 to 42 years. Eight out of 10 are in their 20s. Incoming students came from various undergraduate schools and disciplines with almost no duplication. They include Seoul National University, KAIST, Yonsei University, Hanyang University, Seoul National University of Education, as well as foreign universities such as Cambridge and University College London. Current employees of local companies such as SK Hynix, Naver, and Korea Development Bank, as well as a foreign artificial intelligence company and a foreign university hospital are also confirmed to have join the school.

Data science is an interdisciplinary field that. The amount of data in the world is more than doubling every two years, and data scientists analyze and interpret data to help make informed decisions for the betterment of society.

Data science, which sits at the intersection of statistics, mathematics, computer and information science, uses scientific methods and algorithms to extract knowledge and insights from big scale data. 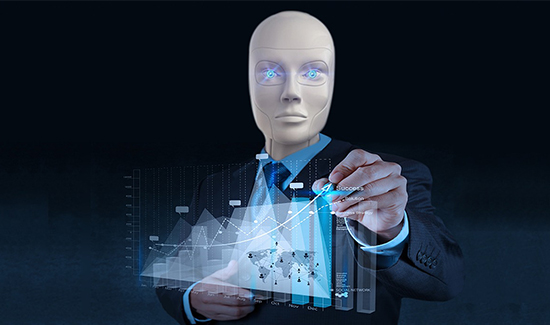 이미지 확대
Ko Seung-woo, 23, graduated from high school in Korea and received a bachelor`s and master`s degree in chemical engineering from the University of Cambridge, has decided to study at SNU’s Graduate School of Data Science to change his course and work in Korea. Ko who received an admission letter said he plans to finish a doctoral degree and work on interdisciplinary research in the development of a process system in chemical engineering by applying data science.

Choi A-young, 23, a transdisciplinary study student in the SNU class of 2015, co-founded a start-up called Geppetto Labs with five colleagues. Named after the creator of Pinocchio, the company is developing an artificial intelligence pet robot that shares emotions and interacts with people. Choi said she wants to study artificial intelligence and deep learning further at the graduate school.

Lim Jae-young, who works at SK Hynix, said that more than 100 data science experts battle big data problems and research AI technology at his company, adding he will return to SK Hynix after graduation to contribute to making it a leader in the era of the Fourth Industrial Revolution.

SNU professor Cha Sang-kyun, who leads the launch of the new graduate school, said the selection of applications for the master’s degree program is true to the purpose of the new school: to encourage students to transcend the boundaries between sciences and humanities through data science.