Korea’s Nov inflation veers away from negative, gaining for the first time in 4 months 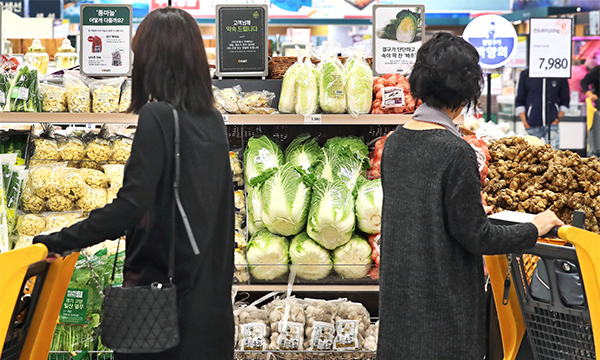 The country’s consumer price index (CPI) in November was 104.87, up 0.2 percent from the same month a year ago, Statistics Korea said Monday.

Korea’s inflation has hovered below 1 percent since January, the longest stay in zero territory since data releases began in 1965. Consumer prices dipped 0.038 percent in August and 0.4 percent in September, marking the country’s first-ever negative inflation reading. Prices in October remained flat from a year ago. 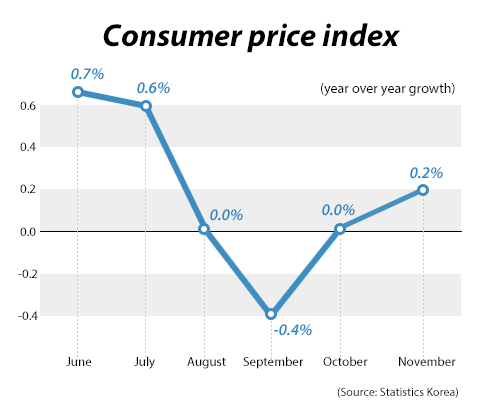 이미지 확대
Subdued domestic demand and sputtering exports led the Bank of Korea to close the year with the benchmark interest rate at a record low of 1.25 percent by staying pat on the final policy meeting last Friday after delivering two cuts in July and October. The central bank at the same time slashed Korea’s growth forecast to 2 percent from 2.2 percent for this year, and to 2.5 percent from 2.3 percent next year. It estimated the CPI gain for this year to be 0.4 percent and 1.0 percent for 2020.

The CPI without food and energy, the standard by the Organization for Economic Cooperation and Development (OECD), rose 0.5 percent on year in November, the second lowest reading since December 1999 when it rose 0.1 percent. Core inflation, excluding volatile agricultural product and oil prices, added 0.6 percent versus last month’s 0.8 percent, slipping back to the 20-year low recorded in September. 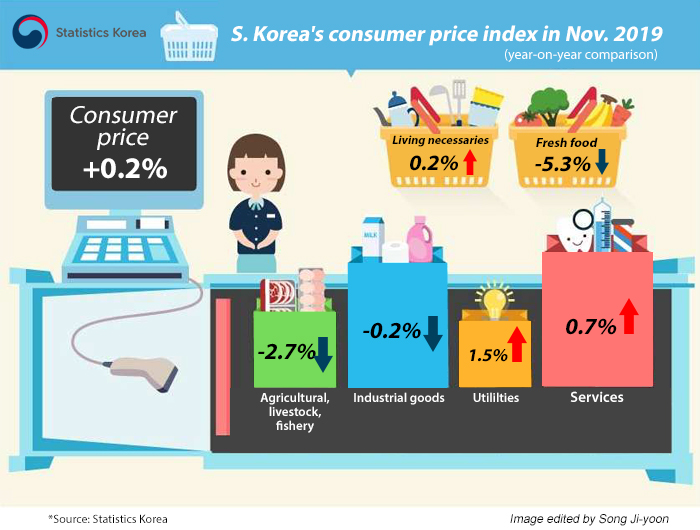 Statistics Korea said consumer price growth remained subdued when compared with last year’s price surge from the record heat wave. “Prices of agricultural products in November 2018 jumped 14.8 percent while this November, they fell 5.8 percent,” said Lee Doo-won, director of the agency’s price statistics division. He played down the chances of Korea revisiting negative inflation once the base effect wears off next year.